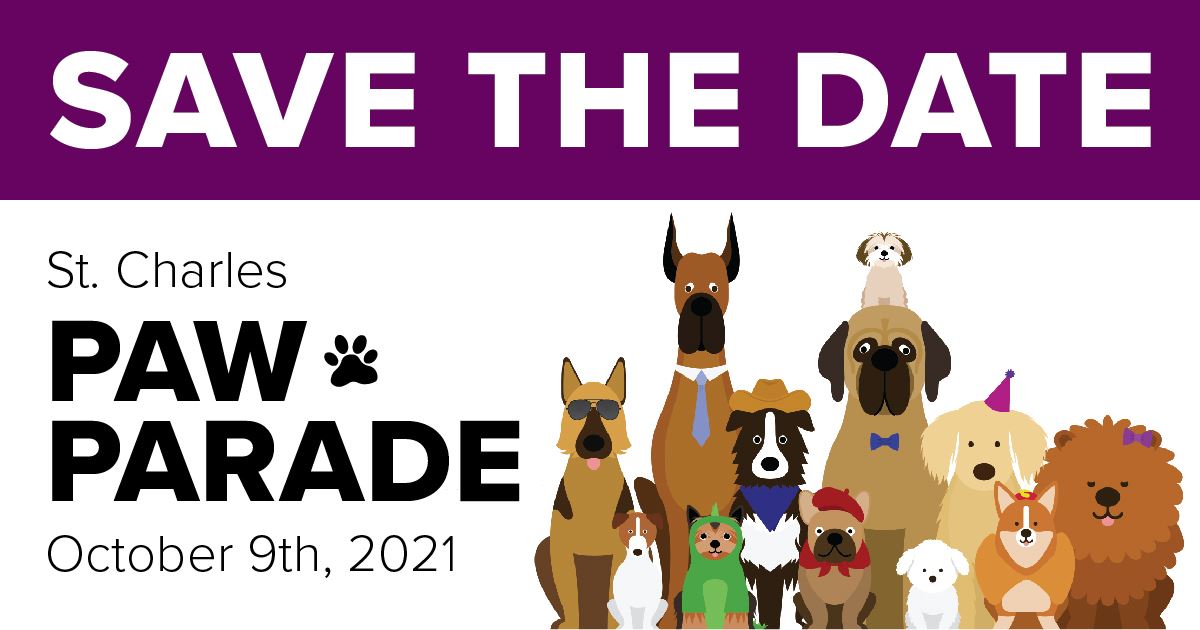 Don't miss out on the Pet Event of the season!

Bark bark! Mark your calendars. This October, parade your pet down Second Street for the Second Annual PAW PARADE!! This will be a fun event for any and all ages.

Costumes are encouraged! Dress up your adorable pup for  the costume contest and compete for prizes.

After the parade, join us for a Vendor Fair at North Main and Clark Street while you await the winners of the Paw Parade Costumes Contest.